Issues at the Forefront of Fair Housing, Today. 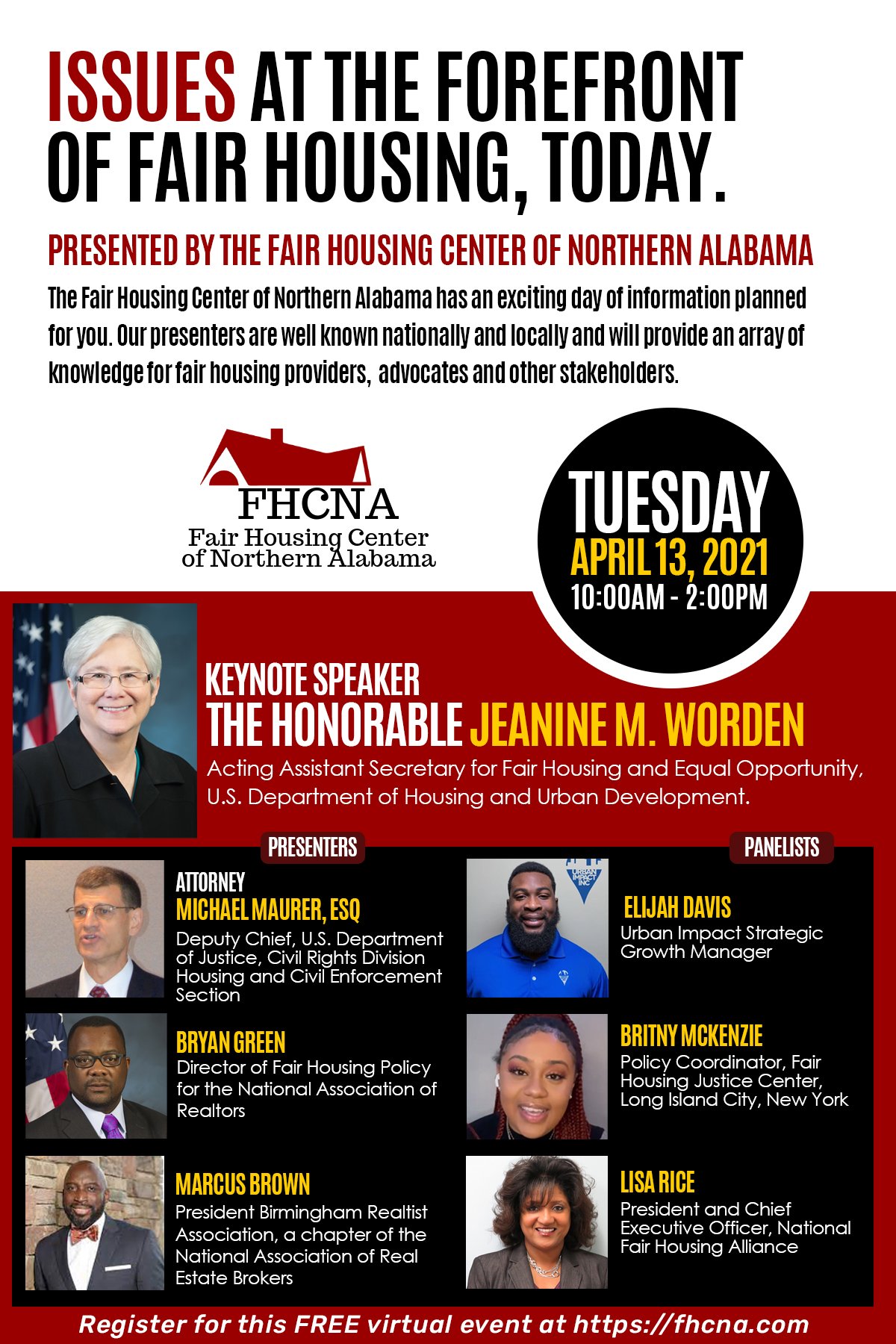 The Fair Housing Center of Northern Alabama has an exciting day of information planned for you. Our presenters are well known nationally and locally and will provide an array of knowledge for fair housing providers, advocates and other stakeholders.

The Role of Realtors in Fair Housing

Bryan Green, Director of Fair Housing Policy for the National Association of Realtors who previously served as Acting Assistant Secretary for Fair Housing and Equal Opportunity, U.S. Department of Housing and Urban Development.