By:  Mahari A. McTier 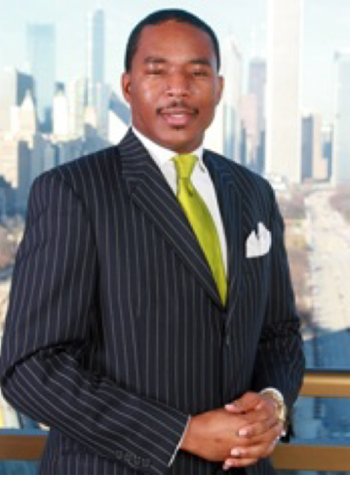 I want to begin this article by saying, I personally hate being a participant in this conversation and that it is sad that in 2015 it is still a relevant topic in the Black community.  Recently many documentaries have been released that have dealt with this dynamic of light skinned vs. dark skinned African-Americans.  It’s a shame that we even have to continue discussing this, but complexion in Black America is a discussion that despite our progress, does not seem to be going anywhere any time soon.  It obviously still plagues us.

I think a good start to this conversation is to get to the root of the problem.  Let’s look at how the social ladder was established through our slave past.  It is a legacy of slavery and plantation society that placed white slave-owners at the top of the social ladder, followed by those who were mixed race/lighter skinned, who were given work in the house, with darker skinned black men and women at the bottom of the ladder doing the back-breaking labor in the cotton fields.  One of the key strategies of slave owner Willie Lynch, which can be read in the Willie Lynch Letter to slave owners was to pit the dark skin slaves against light skinned slaves.  This was done to create division amongst the slaves.

A recent excerpt from a study conducted by Social Scientist E. Franklin Frazier that was posted in the Huffington Post reads:

The internalization of this “field Negro/house Negro” mentality and valorization of light skin tones continues to systematically affect the lives of African Americans and greater society in both overt and covert ways. While all African Americans are subject to certain kinds of discrimination and second-class citizenship, the intensity, frequency, and outcomes of this discrimination vary drastically by skin tone, and there are far greater “benefits” that come with lighter skin. Research shows that skin-color hierarchies operate in schools (some teachers respond more positively to light-skinned students and parents), dating and marriage markets (light-skinned black women are more likely to marry spouses with higher levels of education, occupational prestige, or income than their darker-skinned counterparts), the labor market (lighter-skinned blacks are more likely to be hired for jobs than darker-skinned blacks with same qualifications), and the criminal justice system (darker-skinned blacks have more punitive relationships with the criminal justice system compared with their lighter counterparts). As a result, light-skinned African Americans continue to earn more money, complete more years of schooling, marry “higher-status” people, live in better neighborhoods, and serve shorter jail sentences than dark-skinned African Americans.
There is no doubt that slavery has had multiple impacts on us as a people. On one hand it made us strong survivors but on another hand it opened the gates to self-hate and self-defeat for some.  We see examples everyday of people like Lil’ Kim or Sammy Sosa who have gone to the extreme of dying their skin.  They are examples of what happens when we let outside influences shape and define what beauty looks like.  Not only has our slave history negatively impacted this discussion, modern images of beauty; long hair, Anglo-Saxon features, and light skinned complexion has also played a large role.

It pains me to read the data on this discussion and to know that skin color continues to have the ability to play such as substantial role in shaping our lives. To know that there are little black girls and boys and black men and women who don’t feel beautiful because of the color of their skin and that skin-bleaching products constitute a multibillion-dollar industry. That light-skinned black women have their blackness questioned because they are “too light,” while dark-skinned black women are chastised for being “too dark.” It also angers me that so many African Americans have internalized these racist attitudes and turned them into self-hatred.

Light skin and dark skin Black Americans should not be competing against each other in anything other than maybe a friendly game of dodge ball; we should be uplifting, encouraging and protecting one another.  We are responsible for one another.

Now say it with me Black is beautiful; all shades, shapes and sizes. Period.