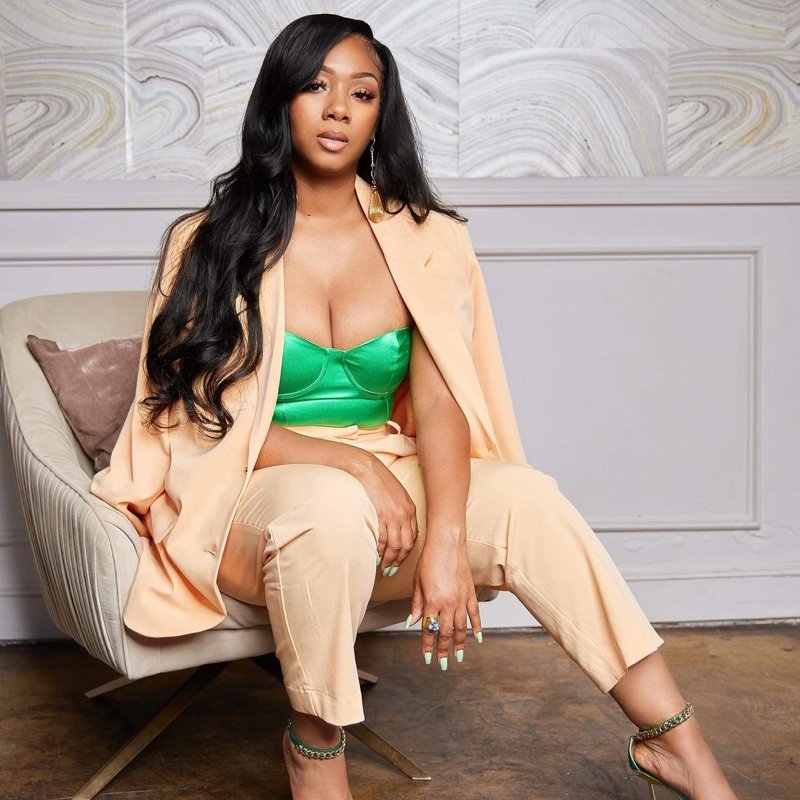 JusNik debuts on New York City’s  WBLS 107.5FM (MediaCo)  on Tuesday, July 5, 2022. The show will air in the highly coveted weekday slot from 3:00 p.m. to 7:00pm EST and feature the Brooklyn-born, Queens-raised JusNik. Previously, as the Program Director and host of the  Midday Kickback on Alabama’s WBHJ, she took the station to unparalleled ratings success.

JusNik stayed with her previous station through multiple changes, showcasing that her loyalty to radio and her craft goes strong. She has been the co-host for two later editions of the BuckWilde Morning Show, The Magic City Morning Show with Dwight Stone and Comedian Funnymaine, and The Roy Wood Jr Show featuring Comedy Central “The Daily Show” with Trevor Noah Comedian, Roy Wood Jr.

With a journey that included being adopted at six months old and growing up in foster care, JustNik’s journey has built her a strong foundation, solid character and has kept her grounded throughout the process.  Always working hard to maximize her talents, JusNik learned to hone her voice early where her intense focus and drive helped her win a student internship at WEUP-FM, a 100,000-watt urban heritage station in Huntsville. She continued to learn the business  and was always first to volunteer for fill in shifts while simultaneously earning a degree from Alabama A&M University.  She was offered her first on-air shift at Adult Contemporary station WHRP-FM, working weeknights from 7 p.m. to midnight. Shortly after graduating, she landed a position as a morning show co-host for Cox Radio’s “BuckWilde Morning Show” at WBHJ, 95.7 JAMZ in Birmingham.

​JusNik stated  “I’m humbled and elated to return home to New York. I have always dreamed of coming back home. But, to work with a heritage station is the ultimate dream. And now that dream has become a reality!”

For more than 40 years, WBLS has been America’s most recognizable Black radio station, serving as a source of entertainment, information, and empowering programming for the community. 60% of WBLS’ Urban Adult Contemporary audience is between the ages of 25-54, primed for JusNik’s authentic voice and organic reach.

“We’re  pleased to have JusNik join the WBLS family, her down to earth nature makes us  all feel right at home.”  stated Cynthia Smith, WBLS Program Director.

Pio Ferro, Senior Vice President of Programming, said “JusNik brings a proven and exciting skillset to WBLS. Her vibrant and exhilarating personality is going to shine in the afternoons.”

About WBLS: Living here, breathing here, being here – today, WBLS remains at the heart of the Black community and serves as the #1 source for R&B Music and Lifestyle in the Tri-State. Connect with us at wbls.com, on Instagram @wbls1075nyc, Twitter @wbls1075fm, and at facebook.com/wbls1075nyc.

About MediaCo: MediaCo Holding Inc. (“MediaCo”) is a publicly listed media company (NASD: MDIA) that superserves communities throughout the country. MediaCo owns and operates two of the top urban radio stations in New York City, HOT97 (WQHT-FM) and WBLS-FM, as well as an out-of-home advertising business with over 3,500 faces throughout the Southeastern U.S. The company primarily generates revenue from advertising sales and events.

For additional information on JusNik, including interview requests, please contact: