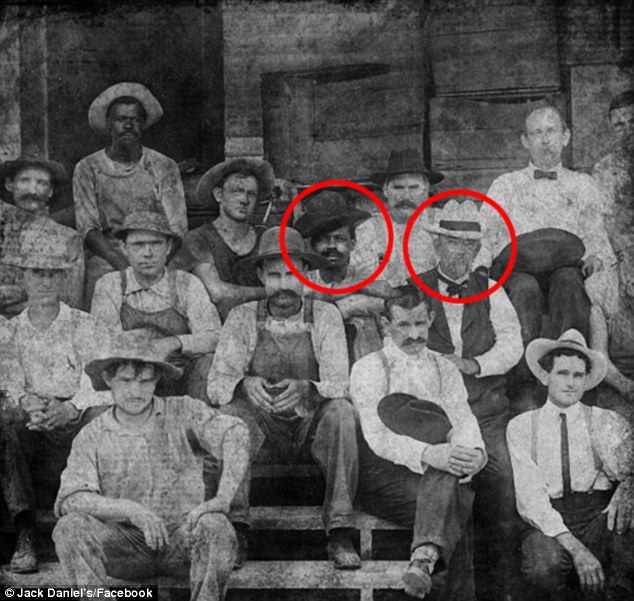 After 150 years, Jack Daniels has finally revealed that a slave was behind the world-famous recipe of America’s most popular whisky. A photo taken from the time shows a man thought to be one of Nearis Green’s (the slave who passed on the recipe) sons sitting on the left of founder Jack Daniel (circled, right) and his workers

According to a 1967 biography, Jack Daniel’s Legacy, Call told his slave to teach Daniel everything he knew.

‘Uncle Nearest is the best whiskey maker that I know of,’ Call is recorded as having said.

Slavery was brought to an end in 1865 with the ratification of the 13th Amendment.

Daniel opened his own distillery a year later where he employed two of Green’s sons.